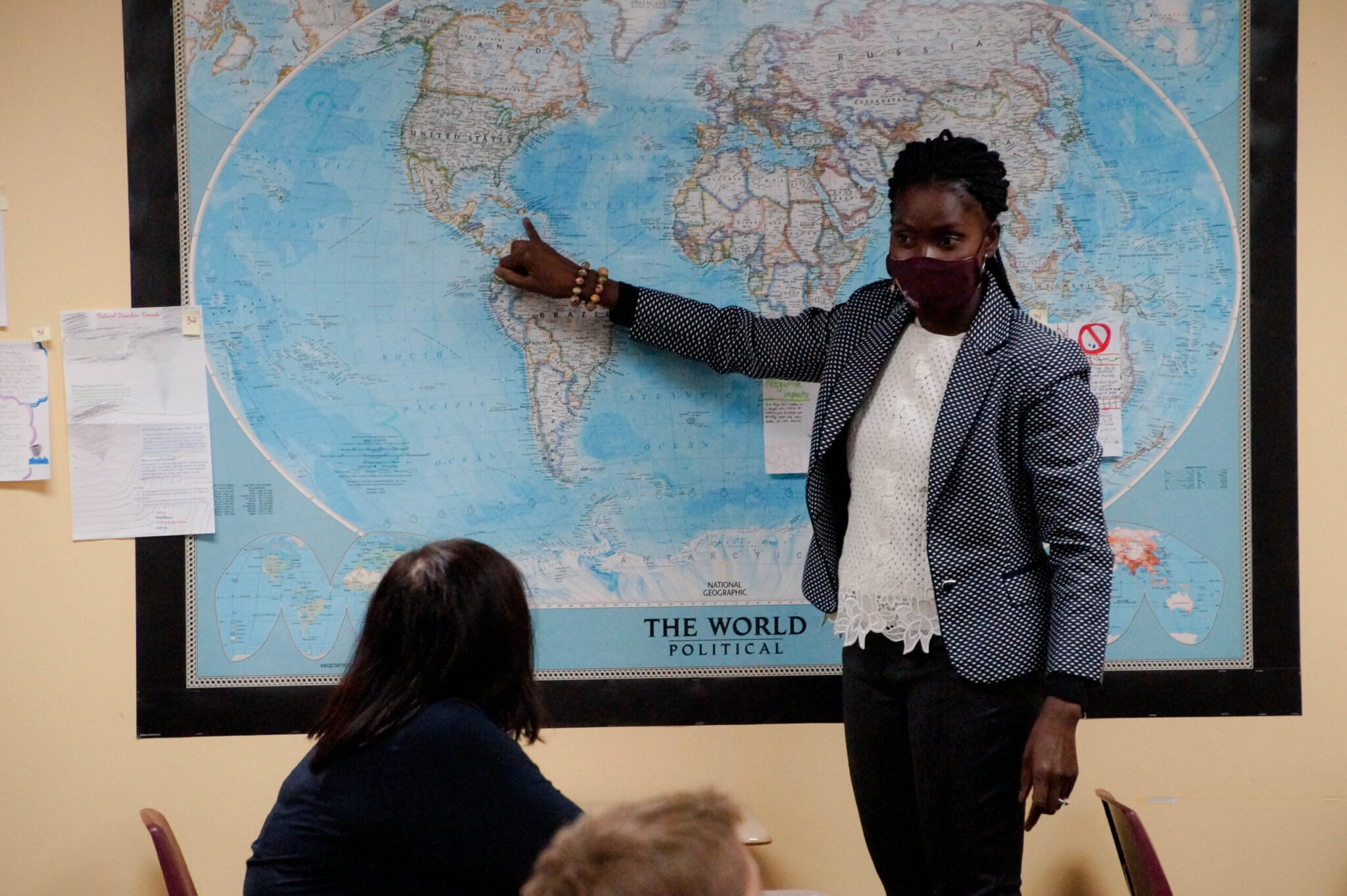 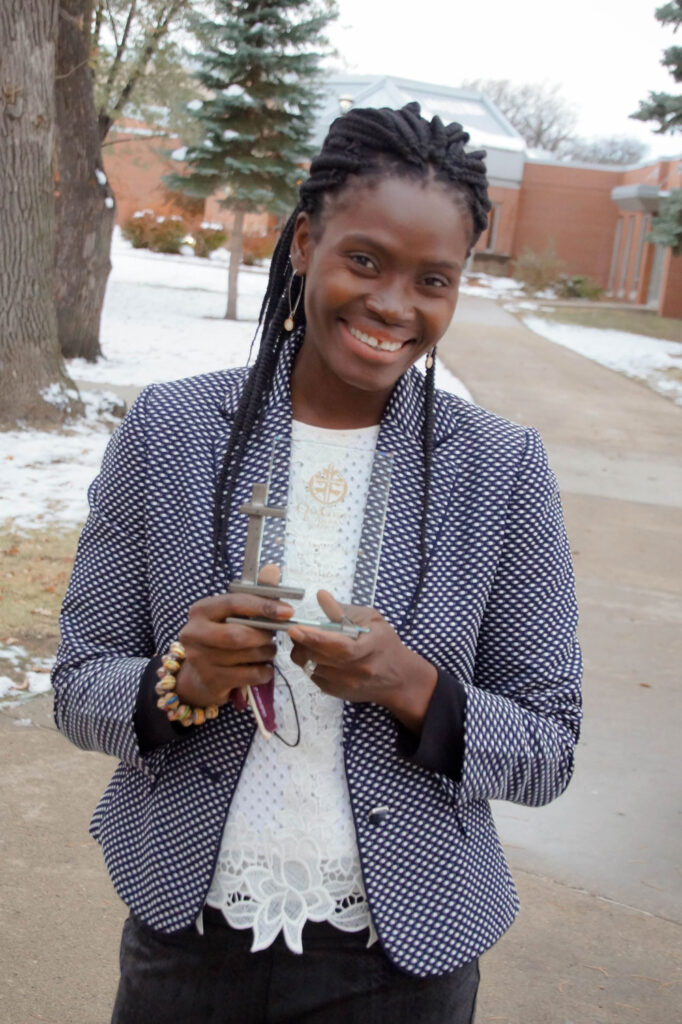 On Wednesday, October 28, Oak Grove Lutheran School honored Miquette Denie McMahon, Oak Grove Class of 2002, with the 2020 Living the Mission Award. The Living the Mission Award is given to individuals whose lives exemplify Oak Grove’s mission statement and who give unselfishly and generously of their time, talents, and treasures. Miquette is the founder of TeacHaiti and the Director at Haiti School of Hope. TeacHaiti responds to the Gospel of Jesus Christ by empowering Haitian Children to emerge from poverty through education. TeacHaiti is a Christian, non-profit organization serving the children and families of Haiti. They provide a quality education with a Christian worldview and seek to help students emerge from poverty and experience a purposeful Christ-led life. Learn how to support TeacHaiti at https://www.teachaiti.org/

While primary education in countries like the U.S. are provided free of charge to all children, families in Haiti must often pay school fees out of their own pocket, which for many families simply can’t be done. As a result, primary school enrollment is a mere 67%, with less than 30% of children who attend school reaching the sixth grade. To TeacHaiti founder Miquette Denie, these are far more than statistics. To her, they are stories: her country’s, her neighbors’, and her own. She tells what it was like growing up in a large but poor family: I recall a painful experience suffered by me and by many Haitian students. As a child, I remember, at the beginning of each month a teacher would call all the students together and read a list of those who must stand up and go home. Their families had not paid tuition for that month because there was no money to be found. When my name was called, my face would burn with shame as the other kids taunted me and I had to walk home by myself. I would often miss a month, maybe several, and then try to catch up.

A STORY OF HOPE AMIDST SADNESS

Miquette Denie, TeacHaiti Founder and Director at Haiti School of HopeThe story of Miquette’s childhood is like that of most children in Haiti except that something rather unusual happened, something that made the rest of Miquette’s story very different. In the fall of 2000, Miquette received a rare opportunity. As a part of Rotary International’s Youth Exchange program, Miquette was offered a chance to spend a year attending Detroit Lakes High School in Minnesota. Having previously learned only limited English, the adjustment was a real challenge for Miquette. But she never quit, and after leaving the U.S. at the end of the year, she was determined to return and complete her high school education. Miquette’s perseverance paid off. In May of 2002, she received her high school diploma from Oak Grove Lutheran High School in North Dakota. Four years later, she received a BA in nursing from Concordia College in Minnesota. She became the first person in her family to graduate high school or college.