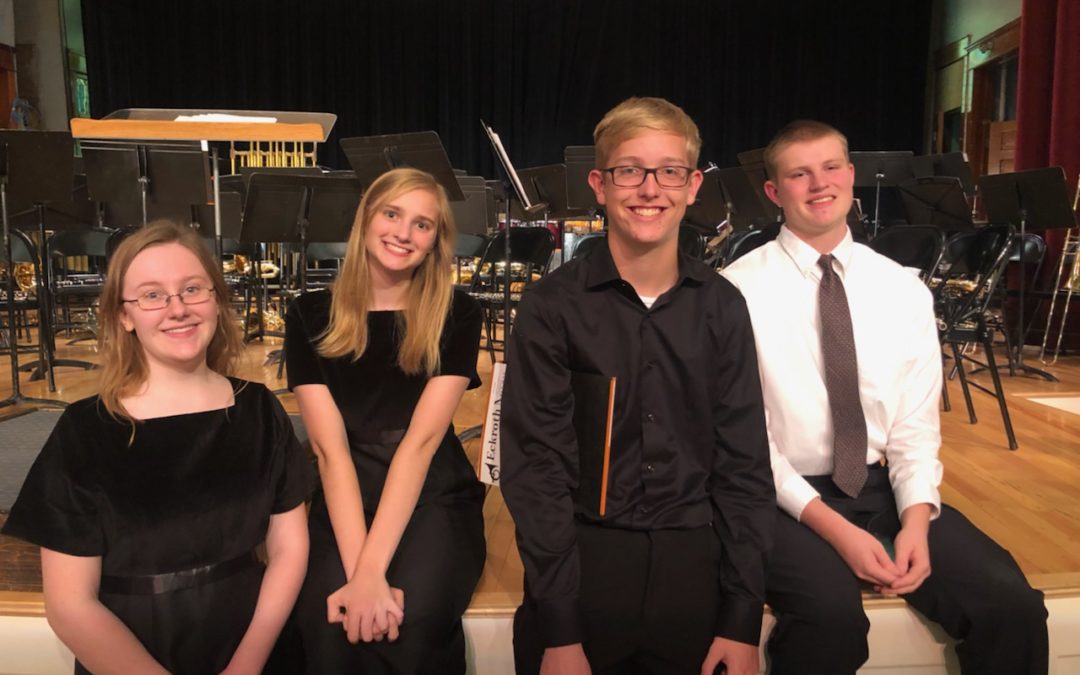 Congratulations to the following students for being selected and participating in the Ployhar Honor Band on October 4-5, 2019.

The Ployhar Honor Band was begun in 2003 to honor the distinguished Valley City State University alumnus, James D. Ployhar. After graduating with a music education degree from VCSU, Ployhar received his Masters degree from the University of Northern Colorado. He went on to a prolific and successful career as a conductor, composer, and arranger. His name appears on over 800 music publications. He authored two revered band courses, and received the National Band Association’s Citation of Excellence and membership into the American Bandmasters Association. In 2006, Ployhar became the first alumnus to be inducted into the VCSU Music Hall of Fame. Mr. Ployhar passed away in 2007, and the annual Ployhar serves to highlight his life and distinguished career.